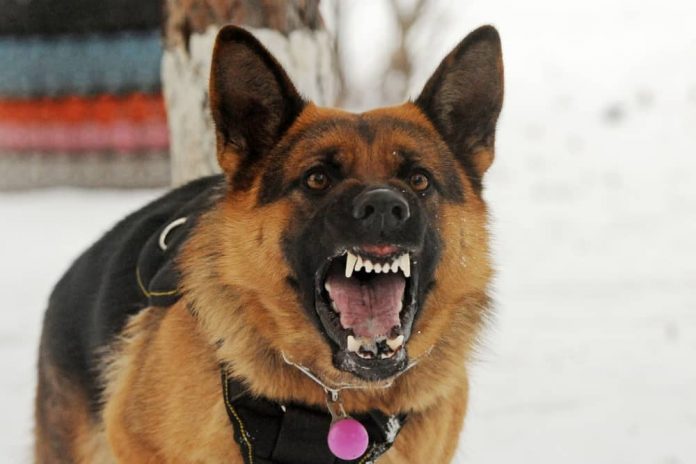 German Shepherds are the dogs that are considered to be a large breed dog which is originated from German in 1800 by Captain Max von Stephanitz, a German officer, set out to develop an ideal herder.

If you ask me if German Shepherds are Dangerous? My answer is yes.

There can be multiple versions about considering the German shepherds are dangerous.

Not only German shepherd but any heavy dog if not raised properly during the puppyhood becomes a dangerous dog.

Sometimes there are incidents that a Labrador retriever attacked the intruder but still, we consider Labrador as a most friendly dog, and sometimes Labradors are little cowards when compared to other dogs of those sizes.

Here are a few reasons why German Shepherds are kept in the dangerous dog’s list.

Origin and Purpose of the Dog

It was believed that these dogs had been bred in Germany as a herding and guarding sheep. Hence naturally these dogs will have good aggression towards unknown people.

Symptoms of Separation Anxiety in Dogs and Puppies

German Shepherds are very active dogs and are described as self-assured in breed standards. This race is marked by a willingness to learn and a desire to have a purpose.

GSDs are curious, which makes them excellent guard dogs and ideal for search operations. They may become overly protective of their family and territory, especially if not properly socialized. They do not tend to become instant friends with strangers and are aggressive. The German Shepherds are very intelligent and loyal.

Power of the German Shepherd Bite

The Bite power of a German shepherd is measured as 238 pounds of the bite which occupied second place in the dog bite power. However, Rottweiler and American Pitbull Terrier occupied first and third place with 328 pounds and 235 pounds respectively.

Unlike Labradors and other white fair dogs, German shepherds carry a fearful look through their brown eyes and Blackmark on their faces.

Though there are white German shepherds, which may not carry such a fearful look still they have their aggression in their own way.

So the Question is Are German Shepherds Really Dangerous?  YES Again!

But do you know, not just German shepherds but any large breed dog is dangerous?

Will a German shepherd attack its owner?

Dog owners need to ask themselves a few key questions, especially when it comes to dealing with large dogs like GSDs, Rottweiler, and so on.

If the dog is a large dog and the inexperienced owner or person is in contact with the dog, the dog is more serious and dangerous.

It is important that they are dealt with, raised, and taught, if they are clear that you are responsible, they are less prone to unwanted behavior, if you do not have control or behave badly, you are asking for a problem.

7 Reasons to have a fluffy bed for dogs

admin - December 27, 2019
0
Royal Canin maxi starter is a feed given to both mother and the newly born puppy that is for bitches from...

Can Dogs Eat Bread for Diarrhea or Upset Stomach? Is It Bad For...

admin - September 26, 2020
0
Can dogs eat bread? Big question!! Before this let me tell you, As humans, bread is often considered a staple in our...

What vaccines are required for dogs while taking out for grooming?

admin - October 31, 2020
0
Vaccines are required for dogs to maintain a safe, comfortable environment, we want all pets to be present on their vaccinations...